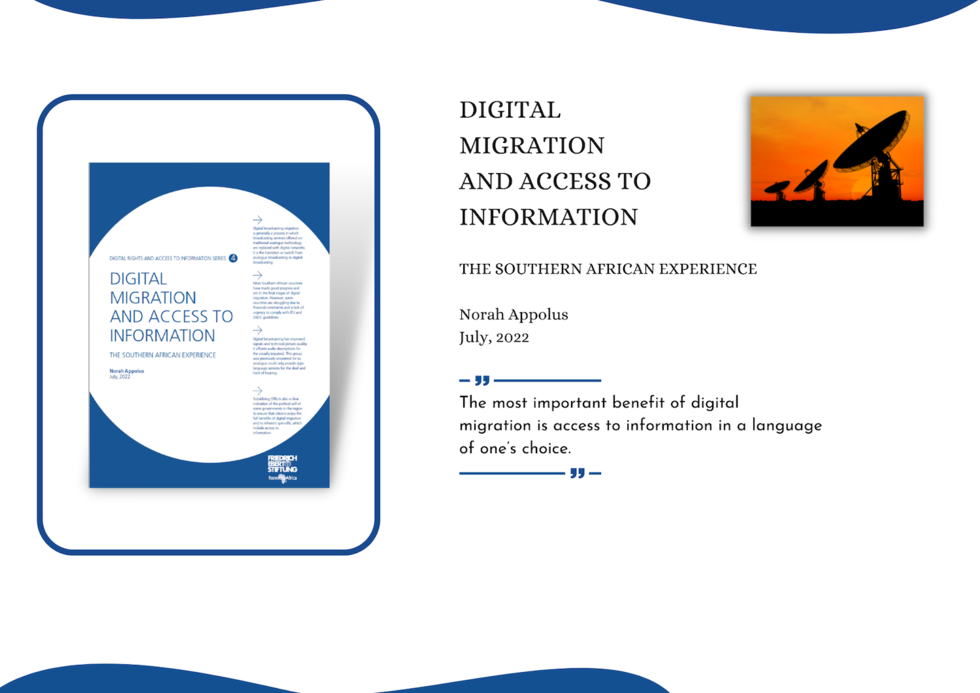 Analogue terrestrial broadcasting has existed since the 1940s but was rendered obsolete by technological advances. Its demise was further exacerbated by its inefficient use of the frequency spectrum, which is a limited resource.

For the average viewer, this process involves the installation of a digital decoder that converts analogue signals to digital using set top boxes (STB). These signals can then be viewed on a conventional television set.

Having taken cognisance of the limitations of analogue broadcasting, especially in a world with ever-growing sophisticated technologies, the International Telecommunications Union (ITU), a United Nations agency, initially set 17 June 2015 as the deadline for migration to digital, allowing some countries an additional five-year extension.

The motivation given was the requirement to free up bandwidth and release it for, amongst others, an expanded 5G cell phone network.

Almost all of Europe and other developed countries successfully migrated to digital as far back as 2004. Africa still lags behind.

Almost all Southern African countries, except Mauritius and Tanzania, failed to meet this deadline. This was in sharp contrast to the performance of most European and developed countries, which managed to fully migrate Digital Terrestrial Migration before the June 2015 deadline.

This was despite the ambitious decision in 2009 by the Southern African Development Community (SADC), that the Southern African region should migrate to digital broadcasting by 31 December 2013, two years before the ITU switch deadline. The milestones of the envisaged smooth transition were encapsulated in The SADC Roadmap for Digital Broadcasting Migration.

This SADC initiative was lauded as a step in the right direction in providing greater access to information and the means to produce and disseminate such information. Indeed, in 2013, François Rancy, then Director of the ITU Radio-communication Bureau, boasted that “Africa, to date, is the only region to have completed frequency coordination discussions for the deployment of digital terrestrial television.

Therefore, it can safely be said that there is a collective political will for digital broadcasting migration in Southern Africa. In fact, the regional body has had annual meetings since 2009, to assess the status of digital migration and to troubleshoot. 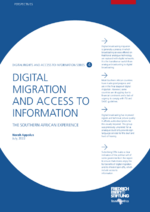 Our flagship African Media Barometer provides a home grown analysis of the health of the media landscape across 31 countries in Africa. More

fesmedia Africa has teamed up with international experts to develop online courses to support Access to Information in Africa. More

Find out more about our latest News. More

The Friedrich-Ebert-Stiftung (FES) is a non-profit German foundation funded by the Government of the Federal Republic of Germany, and headquartered in Bonn and Berlin. It was founded in 1925 and is named after Germany's first democratically elected President, Friedrich Ebert. FES is committed to the advancement of both socio-political and economic development in the spirit of social democracy, through civic education, research, and international cooperation. Friedrich-Ebert-Stiftung is the oldest political foundation in Germany.

This site uses third-party website tracking technologies to provide and continually improve our services, and to display advertisements according to users' interests. I agree and may revoke or change my consent at any time with effect for the future.