Approximately 100 journalists and media students gathered in Independence Avenue to show solidarity with their colleagues across the continent who are being intimated, detained, forcibly disappeared and murdered simply for doing their job.

The United Nations General Assembly proclaimed 2 November as the International Day to End Impunity (IDEI) for Crimes against Journalists. The date was chosen in commemoration of the assassination of two French journalists in Mali on 2 November 2013.

This day had never been observed in Namibia primarily because of the relatively free environment in which Namibian media operate. However, our country’s number one ranking in Africa in the Reporters Without Borders global Press Freedom Index should not be a reason not to observe this important day. Rather, it should be used as an opportunity for Namibian journalists and citizens to show solidarity with those, particularly journalists on our continent, who have and continue to face persecution for doing their work.

The media plays a critical role in our society. Impunity for crimes against journalists directly impacts on the rights of citizens to be informed and express themselves. So today, let’s take a moment to remember, reflect, consider, hope and ask why journalists continue to be killed, continue to languish in jails and continue to live in fear of persecution purely for doing their jobs.

on the death of Lwemba community radio presenter Papy Mumbere Muhamba. Ironically he was murdered by unknown assailants on 2 November - the day reserved to mark an end to impunity.

radio journalist Samuel Wazizi’s death was concealed by the army for 10 months!

Wazizi was arrested in August 2019 during the height of hostilities between armed separatists and government forces in Cameroon and accused of collaborating with the separatists.  This accusation has never been substantiated.

The news was officially revealed following pressure from his lawyer invoking a habeas corpus order demanding Wazizi be brought to court. It pushed the army to issue a statement which claimed he died from sepsis weeks after his detention and that his family had been informed. This is being refuted by Wazizi’s family. It is now over a year since he supposedly died and his family have still not been allowed to retrieve his body.

Let’s support the media freedom organisations pushing the United Nation to investigate the death of Samuel Wazizi. Let’s demand his body be returned to his family.

that Ibraimo Mbaruco is still alive. His last words before he disappeared in the Cabo Delgado region of Mozambique were: “I am surrounded by the military”. This was on 7 April 2020, when he sent a text message to his colleague. A letter has been sent to Mozambican President Filipe Nyusi expressing deep concern about violence by government forces against journalists in the restive area. Human rights and press freedom organisations have turned to the United Nations Working Group on Enforced or Involuntary Disappearances to request an independent and impartial investigation into Mbaruco’s disappearance.

Let’s support the appeal to the UN and endorse the letter to President Nyusi.

Somalian journalist Abdiwali Ali Hassan or Abdiwali Online as he was fondly known.

He was on his way home when he was shot and killed. He had been receiving death threats since 2019 which was the reason why he left the capital Mogadishu. The threats continued after he moved to Afgooye.

It has been 9 months since he was killed.

Let’s find out from authorities how far along the investigation is.

Nigerian Radio journalist Maxwell Nashan, who was found bound and gagged in a field by a group of women farmers - 3km from the radio station he worked at and 2km from his home. He had been brutally tortured and dumped. He died a few days later from the injuries he sustained.

Indications are he was abducted from his home and his computer was missing. It’s not clear whether he was targeted for his work or it was a random act of violence.

Police in Nigeria did not reveal the results of reporter Alex Ogbu’s autopsy. The police told his wife Francisca Ogbu that he fell and hit his head on a rock. An autopsy report obtained by Sahara Reporters indicates he allegedly died of an injury to the skull caused by a high-velocity bullet.

Let push for the autopsy to be made public. If it turns out that he was shot by the police there is a need for an independent inquiry to investigate how and why.

Let’s demand the autopsy be made public.

South Sudanese radio host and presenter at Christian radio station Door FM - Marko Agei Makoor Chol. Who knew his usual motorcycle commute back home on 1 July 2020 would be his last? He was gunned down by unknown assailants just as he was approaching his village.

Four months later we don’t have any information on the motive for the killing or who was behind it.

Let’s take the time to find out how far along the police are with their investigation.

Young Precious Owolabi, a reporter with Channels TV who was shot while covering an Islamic Movement of Nigeria (IMN) demonstration during which protestors clashed with police. A member of the National Youth Service Corps, who was working as Supporters of detained IMN leader Ibrahim Yaqoub El Zakyzaky and police accuse each other of firing the fatal shot that killed Precious Owolabi. Up to this day there has been no conclusion on his death.

Add your voice to have an investigation on his death, its finding to be made public and those responsible brought to book!

Our flagship African Media Barometer provides a home grown analysis of the health of the media landscape across 31 countries in Africa. More 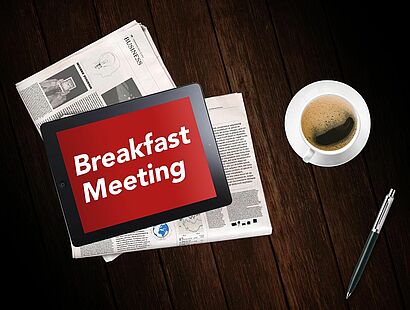 The breakfast meetings aim to enable civil society and other actors to articulate, represent and advance their interests and causes to effectively influence policies and policy-making. More

Find out more about our latest News. More

The Friedrich-Ebert-Stiftung (FES) is a non-profit German foundation funded by the Government of the Federal Republic of Germany, and headquartered in Bonn and Berlin. It was founded in 1925 and is named after Germany's first democratically elected President, Friedrich Ebert. FES is committed to the advancement of both socio-political and economic development in the spirit of social democracy, through civic education, research, and international cooperation. Friedrich-Ebert-Stiftung is the oldest political foundation in Germany.